For a limited time, you can get a copy of Delicate M 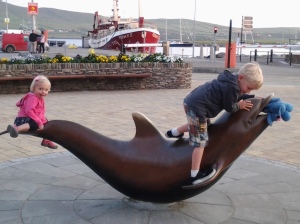 en: Stories for $5 off (see the link below). Then, you can use that money to buy me a beer or a latte when I sign it for you. 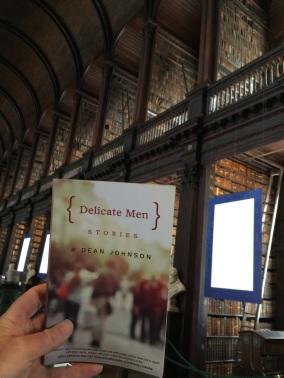 This is supposed to be my 2015 writerly wrap-up. It probably should have posted a month ago. But that’s kind of what 2015 was all about. My story collection, DELICATE MEN, came out so late in 2014 (December 29) it felt more like 2015. And so, the year began with things arriving late and that never really went away.
I finished my MFA in 2003, and here it was, just twelve short years later, and I was giving readings with my brand new book. My first book. Better late than… well, it was just really great to see it arrive, and then to see where it went—those readings with me, into the hands of people I’ve never met but who were kind enough to email me their impressions, and to far-flung places like Brasil, England, and Scotland. DELICATE MEN even visited, courtesy of my old college roommate whom I hadn’t heard from in years, its distant cousins at Trinity College Library in Dublin. 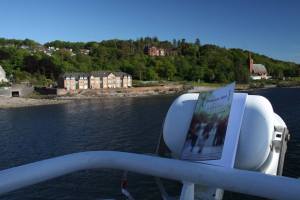 Also in 2015, my agent, Mackenzie Brady Watson, sold my first novel, CALIFORNIUM, to Plume-Penguin. I’d taken long gaps in working on the novel and taken a long time revising it. In fact, technically it’s the first book I ever wrote, but it will be the third book published with my name on it. (There’s a collection of pedagogical essays I edited, TEACHABLE MOMENTS, floating around this world too).

Late in 2015, my essay, “Something L.A.” was published as a chapbook through Blue Cubicle Press’s Overtime Series. I’d written the early drafts of that essay four years earlier.
At first glance, it may look like 2015 was this extraordinarily productive year for me. And it was in terms of publishing. But I spent most of the year revising the manuscripts of Something L.A. and Californium for my editors, another big chunk of the year it reading from and promoting DELICATE MEN, and far too little of it writing.

I’m not complaining. In discussing where to start a story, I ask my beginning writing students all the time: When is the best time to arrive at a party? There’s usually one polite, attentive, pleasant student who says, “On time” or “When it’s scheduled to start.” And there’s usually one mostly polite, fairly attentive, slightly unpredictable student who says, “Late” or “When things are really getting good.” Yep.

My essay, “Errors,” will be out in the Spring 2016 issue of Salt Hill. CALIFORNIUM, now with the subtitle: A Novel of Punk Rock, Growing Up, and Other Dangerous Things, will be out July 19, 2016. I’ve got a few readings planned already, and I get to spend three weeks with my MFA students in Lisbon this coming July too. (I’ll be getting some selfies with both books). If 2015 was the year of Late, I’d like to think 2016 is the year of things really getting good.

I’m really excited to be reading today at the Berea Book Fest, presented by the talented and always enthusiastic writers from the Berea Writers Circle. There’s a great group reading too, including Julie Hensley, Libby Falk Jones, Dustin Brewer (a fellow Alternative Book Press author), Joseph Montgomery (an EKU grad), and others. Here’s the link for all the details: 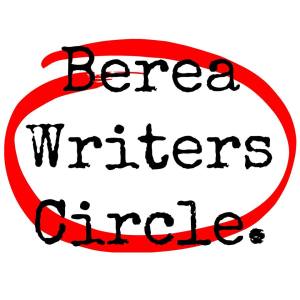 Months ago when Wesley Browne asked me to be part of his great Pages & Pints reading series, I was really honored. Then he told me who I’d be reading with–David Joy and Robert Gipe–and I was even more honored, and humbled, and just happy to be in the lineup. Apollo Pizza is a great venue for a reading (the awesome pizza and great beer selections on tap don’t hurt either), David Joy’s novel is blowing up, and Robert Gipe can own a room (in a good way, I know, because I’ve seen him do it). It made me feel like Ringo Starr. But you know, it’s good to be Ringo isn’t it? I mean, better to be an actual Beatle than the fifth Beatle or, worse, the drummer in Spinal Tap.

One of my students asked me recently if, in my story collection Delicate Men, I hated any of my characters. It’s a great question, and I didn’t have an immediate answer. All my antagonists came to mind, and why wouldn’t they? Without them it’s just chocolate waterfalls, warm hugs, and quiet rides into the rainbow sunset. Who wants to read those stories? But do I actually hate the characters bringing the tension to my work?

With the exception of Iago and a couple James Bond villains, I prefer antagonists who have an agenda that is more complicated than, “Because the devil [or plot] made me do it.”

Because of this, I’ve been learning to have empathy for my antagonists. I wouldn’t have used that exact word a few years ago, empathy. Then I heard Glen Retief use it at the 2011 Bluegrass Writers Studio Winter Residency. He spoke of rounding out your antagonists with, of all things, empathy. And he’s right. Empathy makes those antagonists so much more complex, so much more compelling, and so much more than villains with black hats and maniacal laughs.

And so in trying to answer my student’s question, I found myself realizing how much I cared for, even worried about, my antagonists in Delicate Men. Sure, some of them are jerks, but they’re all trying to get through their own world, in their own way, and sometimes mistakes are made.

But to be completely honest, there is one character I don’t like. I’m not naming names, not exactly (see below), for a couple reasons: First, he’s a pretty minor character, and I might even be able to make the case that he’s actually insecure and, well, there’s your empathy. Second, he’s not so much a character as he is a real person. I’d written a scene where I was in need of an annoying, unappealing but not awful, person. Then, someone I used to work with came to mind and suddenly there he was, transported from a past job and on to the page, fitting in like he’d always belonged in the story.

Many of my characters start with a strong likeness to people I know or have known, but they grow into their own fictional selves the more I write and revise. Not this guy. Sure, I made some cosmetic changes, but in revision the empathy I should have summoned for that character failed to show, probably because I’ve struggled to have it for his real-life counterpart. I didn’t even change his name.

I know I should be a bigger person about this, or at least be a better writer about it, but it was awfully satisfying to keep him, the real him, recognizable to me and perhaps a few old advertising friends. They’d have my back on this too, by the way. This guy really did work hard to be a jerk just for the sake of being a jerk. So, I kept him the shallow, annoying, unlikeable person he really is, or at least was back when I knew him. I suppose the devil made me do it.

MAY 19, 2019 – Promoted to Full Professor at Eastern Kentucky University.